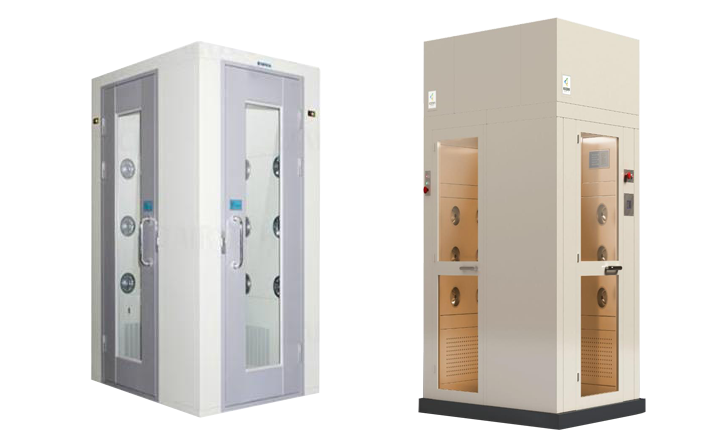 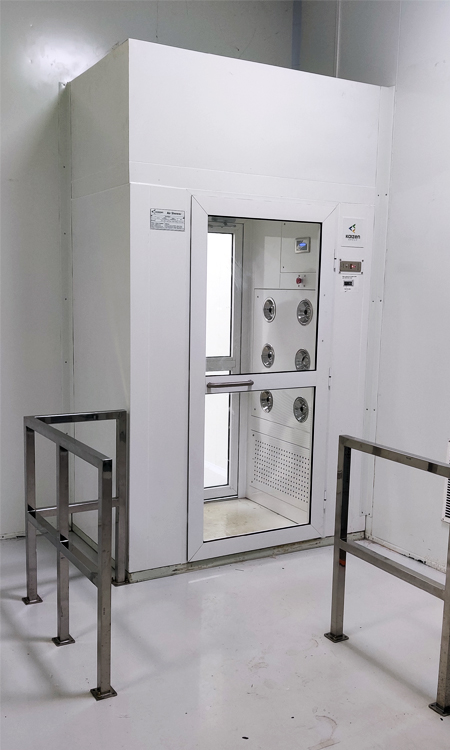 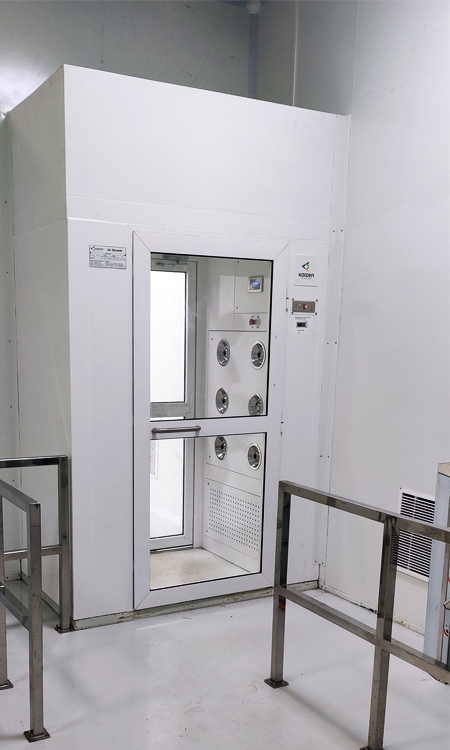 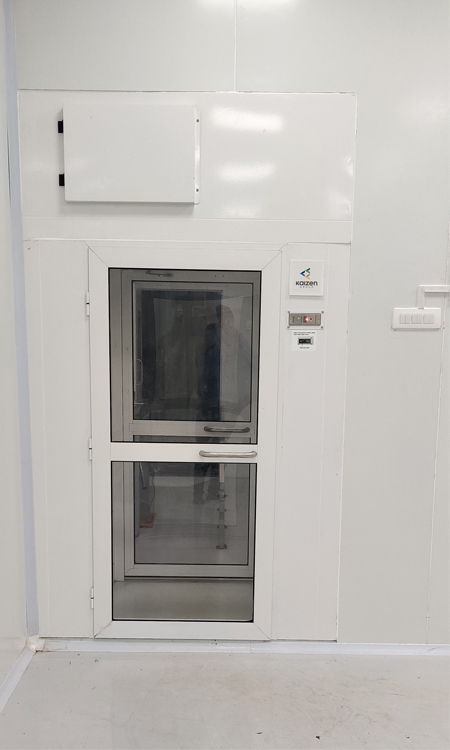 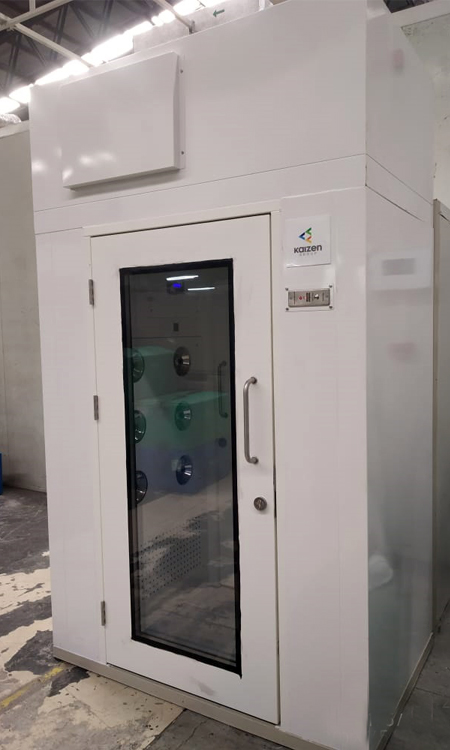 Air Showers are self-contained chambers installed at entrances to clean rooms and other controlled environments. They minimize particulate matter entering or exiting the clean space. Personnel and materials entering or exiting the controlled environment are “scrubbed” by high velocity HEPA-filtered air jets with velocities of 20-22m/s (4000 – 4300 fpm).Contaminated air is then drawn through the base within the unit, filtered and recirculated. Kaizen is a leader in air showers for demanding applications in the micro-electronics, semiconductors, pharmaceutical, spray painting, lab animal research and food markets. The present Kaizen Air Shower features a field-programmable microprocessor control that offers the maximum application flexibility of any unit on the market.

The greatest source of particulate contamination in a clean room is the operator. Air showers are installed between change areas and the clean room. The air shower enhances clean room operating protocol by serving as a reminder to all operators that they are entering a controlled environment. Personnel therefore develop the habit of gowning up properly before entering the air shower.

Kaizen is the company in the industry to validate the efficiency of our air showers using the body box test, a method pioneered by Kaizen.